What is the generally approved way to write in cursive in Esperanto?

Most likely all standard letters are written in the same way as in English (are they?)

What are the best practices of writing "ĉapelitaj" letters and "ŭ"?

Here is the example of the script alphabet that appears in the Fundamento on page 46 (see this PDF version): 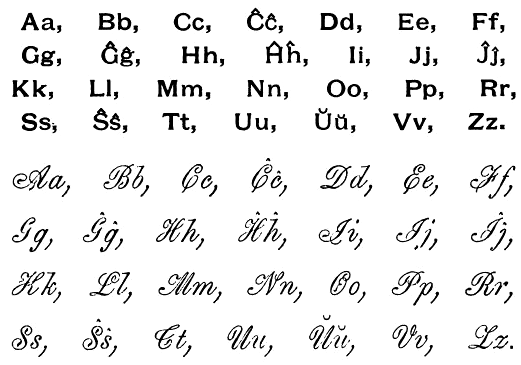 Of course, this particular font was done with a printing press, and everyone does it a little differently anyway, partly based on their native country and language, and partly just because everyone's handwriting is different. Any cursive form of the Latin alphabet will do, as there is enough commonality between different handwriting styles of that alphabet that the letters are still recognizable. But we can see from this example, that the diacritics are added separately, after the rest of the letter (and presumably the word) is completed. Which is how it is done in most languages, so that isn't surprising.

Of course there are people who can't read cursive, and those who can't write it legibly, but that is an issue with cursive in general, not Esperanto in particular. At least Esperanto is (mostly) free of the infamous "Q"! :-D

I have a strong suspicion that the answer is simply that there is no standard for cursive handwriting and people write using whatever method they already know for the Latin alphabet. We can however get some examples of cursive writing by doing a Google search for “Esperanto postcard”. 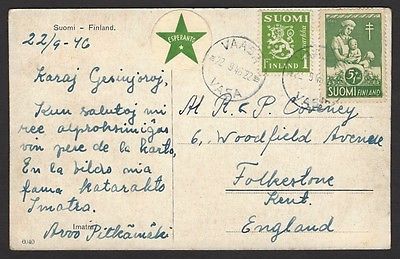 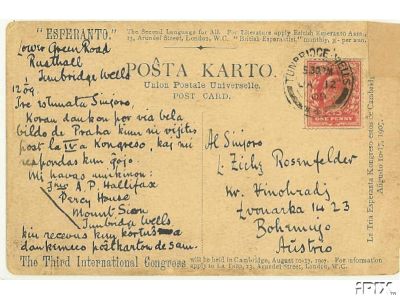 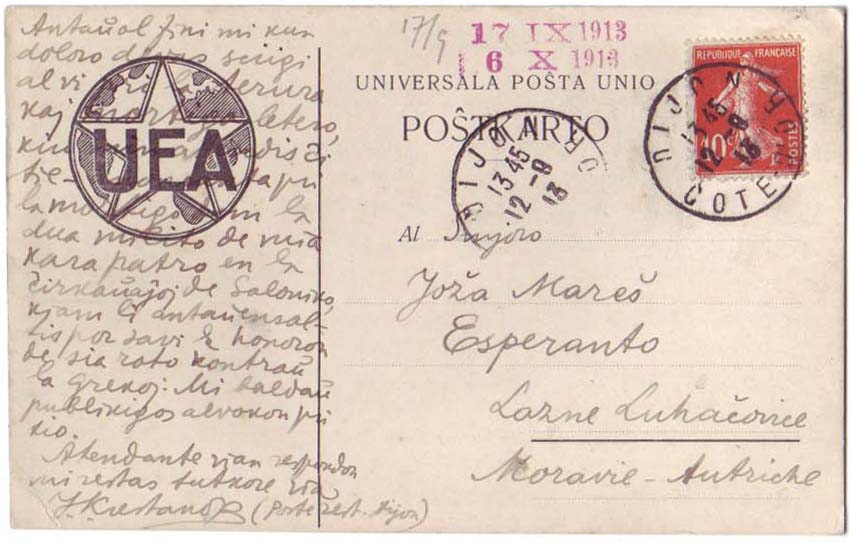 It looks like in these examples the authors simply return to the word later to add the circumflexes as they would for the dots on the i’s.

There is no norm, which is a problem. That problem can really only be realistically solved by avoiding cursive writing in Esperanto.

It is done exactly like the English cursive scripts with the diacritic markings (ĉapelitoj) unslanted.

Not the answer you're looking for? Browse other questions tagged or ask your own question.

13
How do I transform text typed with the x-system into well-formed Esperanto with ĉapeloj?
9
What are the rules of abbreviating words in Esperanto?
6
How do people publish books in Esperanto?
3
Are different writing systems other than (extended) Latin alphabet used in Esperanto?
2
How to set Esperanto as a content language in Microsoft Word?
3
Why does Esperanto use Ĉ instead of Č?