ReVo and the lexicon at lernu.net both say biskvito, kekso. Biskvito is the one I've heard before. After searching through vortaro.net I'm thinking that keksoj are the salty, dry kind, while biskvitoj have more sugar. Am I on the right track?

Now, what really got me confused is that the course La Teorio Nakamura at Lernu, calls the cookies in the picture below kuketoj. 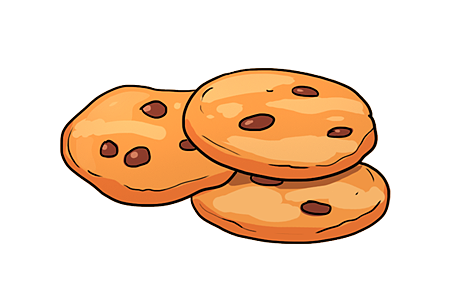 I thought that was a small cake. Is it used for cookies too?

In my home (I speak Esperanto to my children and am a member of the Akademio de Esperanto), we use biskvito for both "cookie" (or "biscuit" in British English) and "cracker", and kuketo for "muffin", "cupcake" and similar things. The word kekso is a synonym for biskvito.

The word biskvito comes from the *Fundamento de Esperanto", but there its meaning is not very clear, as it is translated into five different languages with words that (at least in modern usage) are not synonyms. For example, the English translation is "biscuit" (which has a different meaning in Britain and the U.S.), while in German it is translated with "Zwieback", a hard twice-baked break (nowadays called biskoto en Esperanto). This probably made some German Esperantists introduce kekso (from the German "Keks") to distinguish cookies from twice-baked bread. The word caught on partially, but biskvito seems to be more common in the meaning of "cookie".

Kekso and biskvito should be considered synonyms. In my house, you're more likely to get what you want if you say kekso - but biskvito is common as well - arguably more common in some parts of the world.

I made a conscious decision years ago to prefer the word "kekso" because it works better in compound.

Kuketo should be avoided in this sense.

Kuketo = Small cake, such as a cupcake.

The suffixes give you a pretty generic word; cookies are more or less some kind of small cake. If you need to be specific, another word (or a phrase) might be better.